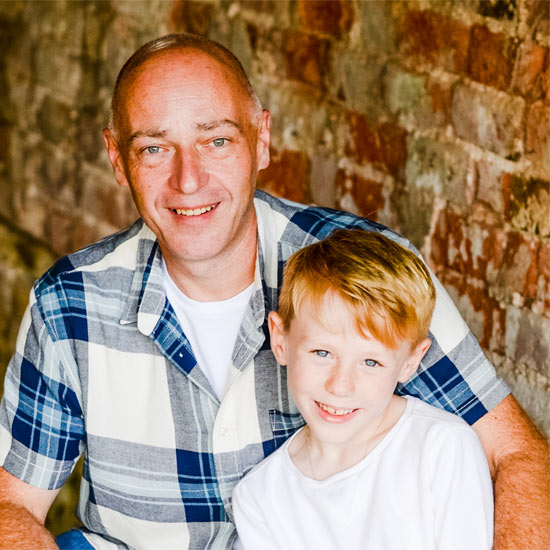 In Guy’s words: “My two daughters lost a fantastic mum, my 7-year old grandson lost his loving Grammy and I lost my soulmate and best friend. Evan and I have started going on boys’ road trips every other week – important for Evan as the loss of his Grammy has had such a traumatic effect on him. Our road trips are our way of remembering Grammy and being able to talk about things.”

Their visit to our Circus Starr performance became a very special road trip – we’ve worked closely with hospices over the last 30 years to offer an escape for children learning to cope with grief. It was a chance to make magical, new memories. Guy and Evan remember their time spent in the big top with great fondness:

“Within the ﬁrst minute of arriving at the circus, the excitement began. Every single member of staff was incredible; they could not do enough to help us. The acts were amazing and, watching all of the children and their families and carers was a joy – smiles and laughter ﬁlled the big top. We truly didn’t want it to end! Evan and I would like to thank you for this extra special road trip and for the wonderful new memories.”

Circus Starr is proud to donate tickets to children with disabilities as well as disadvantaged and vulnerable children – we want all children to have great memories that will last their whole lives.