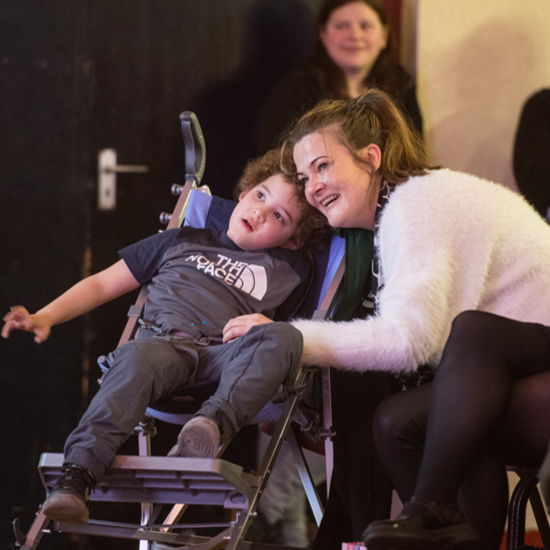 We had the pleasure of meeting Rohan and his twin sister Regan in Stalybridge.

As both of the six-year olds have autism they received free tickets to come to our show. Rohan is also non-verbal and has sensory seeking behaviours.

Their Mum Selina explained to us how this can have an impact on family trips. “It’s extremely difficult to go to any type of event. Rohan has to be restrained due to his unpredictable violent behaviours and lack of dangers awareness. As autism is an invisible disability, people often think he’s just a naughty boy and makes it extremely uncomfortable.”

However, at Circus Starr we create an environment where people are accepted no matter what their disability may be.

She continued, “the second I walked in with my family, without having to explain our circumstances, I was approached and told wheelchairs can go straight to the front!! This to many may seem such a small thing but to me and my family it was massive. Thank you!”

Selina also became a starr of our show! “Mum (me) was picked to go on stage and take part which was fun. Circus Starr was amazing, thank you to all of the business that supported Circus Starr and made it possible for us to have a wonderful time and not have to worry. Both of my twins interacted with the show which actually brought tears of joy to my eyes.”